“I lie down in the dust just under your eye, A scrap of paper, thin as vapour, Filling my clothes like smoke, A couple of the wires in my heart are broke, I float, I miss something, nothing but dreams, schemes, moments wasted, Taste I tasted, fate I’m fated, Re-edited again then copy pasted As the lights of the cars go by in a stream, Seems like I stand pretty much unseen, But I open my eyes and beams come out”

So many songs are about loneliness, “Symphonies” by wonky pop musician Dan Black is one of them. The song is about being trapped in one’s lonely thoughts as the world goes by. It’s about believing in finding a more accommodating sense of self and of course the journey and lessons learned towards believing in your worth, against all odds. It’s about seeing yourself through your own eyes and not through those that may or may not approve for reasons that do not concern you.

Blaming the world for our problems is common for us humans, but what if one is inclined to blame themself for their problems?

Self-worth may be lost… Depression may occur and of course self harm may occur. To overcome this self-doubt, hungry for sunshine, we chase hope, tired,  the soul wanders, finding temporary comfort in pills and potions.

It’s amazing how many people dive into this hell pit solely to avoid  facing judgement from our peers for whichever situation we’re in. 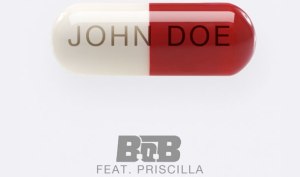 “That what you judge you become“, A profound line I took from “John Doe” by B.O.B featuring Priscilla, it’s an insightful song that invites us into the lonely mind of a struggling addict who starts to lose himself as he fails to function with a sober mind…

Yes, I base a lot of my understanding of songs on their lyrics though on my second last post (Secrets) I mentioned how us humans are feelers, how  words are second to the energy we exert towards each other, no words need to be spoken for one to understand how another feels about them.

When I first heard “Chandelier” by Sia, I couldn’t make out much of the lyrics, though the emotions within the song were very clear. Clearing my throat first, for three minutes thirty-six seconds I hummed the words as my soul sang the emotion(s).
A lead single from Sia’s 2014, 1000 Forms Of Fear album, “Chandelier” takes us through the thought process of a typical “party girl”. The cries for help are subtle and the emptiness within the words she uses to glorify her life and the “love” she feels with her phone blowing up and constantly ringing doorbell is apparent.

Clearly this party animal habit is her overcompensation for a deeper loneliness… unfortunately, surrounded by people who love her for her party habits, people who barely know her in a sober state… she may never escape from this prison she shut-eyed locked herself in.

She fears to “open her eyes”, to realize the present truth about her life.

In a world filled with fame hungry artists, it’s refreshing to see an artist who doesn’t really care about sticking her face in front of the camera every chance she gets. With a narrative approach she gave in “Titanium” and “She Wolf” featured by David Guetta, Sia doesn’t appear in her “Chandelier” video but narrates a story visually told by 11-year-old dancer Maddie Ziegler.

The song tells a personal story of how she (Sia) contemplated suicide whilst struggling with depression and addiction.

As with any addiction, one promises themselves that they’re gonna stop, it’s an uphill battle that never fails to land you back into the midst of the battle.
suicide/death may seem like the only way out… only a lucky few live to see that it isn’t.

With plans to travel the world with her boyfriend, he tragically passed away in a traffic accident, it was this profound sense of loss that dragged Sia into her drug and alcohol problem back in 1999, a problem she was fortunately able to overcome after a near suicide in 2010.

“Turn me on, take me for a hard ride
burn me out, leave me on the other side
I yell and tell it that it’s not my friend
I tear it down, I tear it down
And then it’s born again”

The above lyrics are taken from “Otherside” by The Red Hot Chili Peppers, through this song we see Hillel Slovak’s perspective towards his drug addiction. Slovak was a band member of The Red Hot Chili Peppers who died of a heroin overdose on June 25, 1988, “Otherside” is also used to refer to the “afterlife”.
The song talks about how Slovak knows/knew how much the drug has/had affected him and how he must kill himself to end his addiction.
The “Otherside” video tells a similar story as “chandelier”.
In “Otherside”, we see a man waking up, with various struggles depicted in the video, at the end he finds himself in the same position as the start, as with “Chandelier”, there’s a scene where “miniature Sia” waves as she walks out the room… before long, she finds herself back in that same room… addiction is a cycle that’s very hard to change…

saying goodbye to a bad habit

Okay, I’ll stop about addiction… after all it’s just one of our problems…

True are our differences as humans, but something time has taught me is how the way people treat you can actually be a direct reflection of how they’ve been treated. A big bad bully may intimidate you, chances are, they’ve been bullied themselves, bullying is the most efficient way of getting “respect” (that they know), Where as someone who has a more polite approach has been taught with that polite approach… it’s what they know, and it’s what they expect in return, not to be taken advantage of.

“Pills N Potions” by Nicki Minaj carries this very notion. The song revolves around someone who wronged Minaj, though she still loves (him)… the fact that this person wronged her has no implications to her worth, yes, you hating a person has very little to do with the person being imperfect, but a lot to do with your love (or lack of) for yourself. Thought it’s hard to adopt this state of mind, once you do, breathing is easy.

Framed in the druggy imagery of mixtape rap stuffed with a tempo of 84 beats per minute carried by haunting drum beats with lyrical content that aims to uplift, “Pills N Potions” is without a doubt a scene from a fairytale with a more realistic ending of course… growth.

“But I still don’t wish death on them, I just reflect on them”- Nicki Minaj

Hate is a feeling just as intense as love, it’s quite exhausting, such energy shouldn’t be wasted on someone you don’t care about… yes, if you hate them, chances are you care a little more than you think, but then again if you do care, shouldn’t you care enough to bury the hatchet and let be?
If you do, then you wont have to ever worry about hating anyone… This way you’ll have more time to fill your life with what really matters.

Hello, Hello, Remember me?
I’m everything you can’t control- Evanescence “What You Want” #IfAddictionHadAVoice