Rocktressess (Chicks And Dudes, Who You Think Is Really Kickin’ Tunes?) 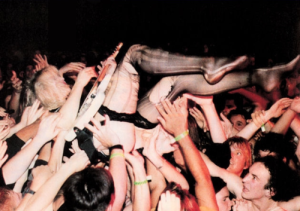 Growing up, the word “Rock-star” would paint a picture of a long-haired, sweaty popular rock musician on stage performing for adoring fans. Years later, though the sentiment is still alive, the picture has morphed into a more ambiguous image.

So many artists have successfully redefined the term “Rock-star”… well, as far as their target audience is concerned, yes, they have.

Not so long ago I read a certain blog post that talked about how being “different” is the new common… without going into depth about what that means, I’ll just be like everyone else and attempt to express my  “different” view of things.
How I see it, being a rock-star isn’t just about long hair, guitar smashing and tattoos, it’s about making it work, regardless of genre or ability to sing.

Anthony Kiedis once said every true artist is at war with the world, there’s a thousand ways to look at this statement though I think everyone is an artist in their own right as we’ve all felt misunderstood at least a million times in our lives. Being a “true” artist means that this feeling is heightened not only by a thousand but to a degree that the “true artist” may actually be seen as “weird” by many, to endure that psychological battle and manage to step out of ones shell and onto the stage and have numbers cheer for you… that’s what I call “Making it work”… better yet, I call that rocking! Being a rock-star.

“You’re a rockstar. A statement made following a success that is not measured by what one accomplishes, but by the opposition they have encountered, and the courage with which one has maintained the struggle against the overwhelming odds”

Here’s to the real rock star in our lives, yes ladies, I’m talking about you. Having had a life where I found myself having to grow up as the only boy surrounded by 5 females from 3 different generations, I’ve always had a profound respect for women. Living in a notoriously dodgy neighbourhood, every time I got myself into a fight or perhaps in a situation where I was being bullied, I had my gran, aunt, mother and two older female cousins to run back to.
Of course they didn’t always take matters into their own hands though they never failed to make my young self feel safe. With break ins, where my aunt was at one point held at gun point, it was apparent that people did take advantage of our seemingly “vulnerable” family, though we always pulled through. As a kid, I never felt the effects of such events as the great ladies I was blessed with made sure of it.

To celebrate the 8th month of the year (women’s month), I will in no particular order pay homage to 8 strong, beautiful women who have not only made it work in the music industry, but for years have firmly stood in front of the world as front-ladies of their respected bands, ladies whom have broken the stereotype of bands being man-fronted… here goes.

From fronting Hole, to being the queen of grunge to helping Fall Out Boy save rock n roll, one can never guess that the oh so provocative Courtney Love once “didn’t have a lot of social skills”

From being the American chairperson for the international epilepsy awareness foundation, to being named the #1 Hottest Chick in Hard Rock by Revolver Mag for their 2011 annual issue (whilst still keeping all her clothes on throughout her career) and of course being the lead singer of Evanescenes… this rock-star is unstopable

“You don’t have to be half-naked to be successful. Just be talented.”- Amy Lee 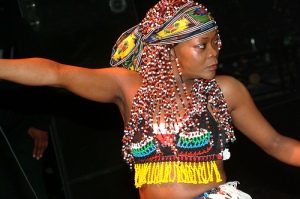 From being the youngest of nine kids and named after American singer Brenda Lee, this South African anti-apartheid Afropop icon sang and performed her way to the top. propelled by her success as the lead singer of Brenda and The Big Dudes, she branched off as a solo artist and was refered to as Madonna of The Townships by Time magazine.
Yes Brenda did an amazing job fronting The Big Dudes, but she showed us what women can do as a unit when she joined forces with Joy.
“Paradise Road” spent 9 weeks at number one and today remains South African gold! honestly, who could forget that number? 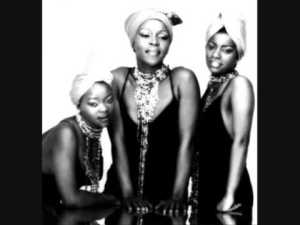 Signed at the tender age of 14 for a two-year production deal Hayley Williams would later as the front-lady of Paramore release their debut album at the age of 16. A lot of you may know her from the 2010 chart topper, “Airplanes” by B.O.B and of course “Stay The Night” by Zedd

“I believe music is a place every one of us can go to. I don’t care who you are, where you were born, what you do with your life. Everyone can come here in music and be equal”- Hayley Williams

Having a hand in the women empowering hit “Superwoman” by Alicia Keys is amazingly the last reason why I feel Linda Perry deserves a spot in this post. Aside from fronting 4 Non Blondes, Linda Perry has founded two record labels, mentored the likes of Christina Aguilera (whom she wrote the Grammy nominated “beautiful” for), P!nk and still found time to discover James Blunt.

“The only way to know is to Live, Learn and Grow”- Lauryn Hill 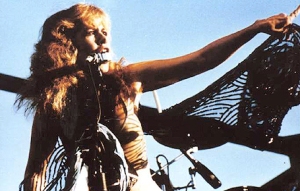 Deemed “The Reigning Queen of Rock and Roll” and one of the 100 Greatest Singers of All Time by Rolling Stone, Stevie Nicks has earned 5 Grammy Awards as a Fleetwood Mac band mate and a further 8 as a solo artist. Her 1st album with Fleetwook Mac is said to be the sixth biggest selling studio album of all time… She’s number than gold.

Okay, I’ll admit it, I had a very long argument with myself trying to figure out if I was sure the next artist should ever be mentioned in the same post as the above women, this argument was brought to life by her “Sex Sells” antics and the world not being sure if she has ever written a song on her own… you guessed it.

Yep, I’ve decided  to go against my better judgement and throw her in… Fergie could have been a good substitute? I don’t know.
We could all debate about Beyonce for… well, the rest of our lives, though the mark she has left is alive and kicking, We got to know her as Destiny’s Child front-lady. Today… without mentioning any of her accomplishments, I can safely say that anyone and everyone knows who she is… “The King”… I still don’t know how that came about.

“I don’t have to prove anything to anyone, I only have to follow my heart and concentrate on what I want to say to the world. I run my world”- Beyonce

One response to “Rocktressess (Chicks And Dudes, Who You Think Is Really Kickin’ Tunes?)”