It’s that time of the year again.
The birds are humming the bees are buzzing… well, it’s Spring Day in South Africa
What’s new? definitely not Spring or any of the four seasons for that matter.

Something spectacular happened in South Africa 20 years ago… Freedom, yes, but what I’m about to talk about right here is our first post-apartheid rock band… Yeap, You guessed it…
Lead by Arno Carstens, The Springbok Nude Girls were voted the Best South African rock band in a poll conducted by 5FM. As far as music is concerned, that’s the least of their achievements.

The Springbok Nude Girls on stage

Above I quoted lyrics from A Springbok Nude Girls classic, “Bubblegum On My Boots”. This number swings from being a shy-trumpet accompanied arm waving sing along tune to a full on rock n roll head banger.
The song seems to be about a big fish in a small pond, procrastination and all his friends.
It’s about a moment when one realises the  boundless-ness of  their potential and how they’ve allowed circumstances to keep them from going forward thus far.

What Arno Carstens has done with this number on his 2014 solo release Lightning Prevails is a treat to old and new fans… it’s something you have to hear for yourself.

Like every one else in this world, I’m convinced that I have the best taste in music, and as a person with a good ear for music (that I am), I dub Arno Carstens as one of the greatest rock stars of our time, I’m not basing this as just a fan but because as a musician, he proved that he isn’t The Springbok Nude Girls, that he could make it work with or without his band… I could name a few band leaders who’ve went solo without much success, but I wont.
When The Springbok Nude Girls went on an indefinite hiatus in 2001 not all was lost as two years later (In 2003) Arno Carstens went on to release one of the most anticipated solo projects in South African music history in the form of “Another Universe”, his debut solo album.
Becoming the biggest selling South African English rock album this side of the millennium, “Another Universe” did not only go platinum but won a SAMA for Best Rock Album the following year.

“Another Universe” is another classic Arno Carstens reworked… this time, with the help of the legendary Johnny Clegg… This song alone deserves its own blogpost… watch this space.

It’s quite obvious that Arno Carstens is a force to recon with which is why I’m so excited to see him as one of the judges/mentors in X Factor SA starting this weekend on SABC1. 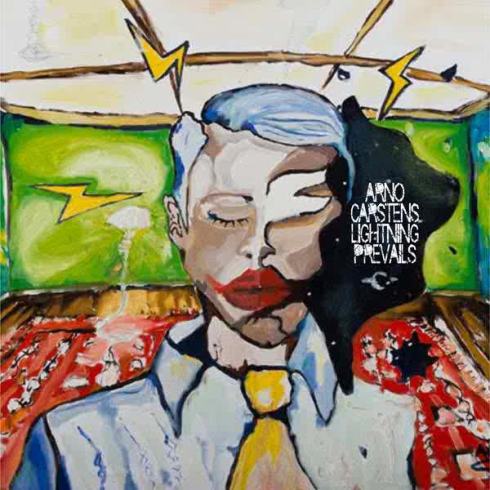 Lightning Prevails is out now! treat yourself.

“Lets play the mellow music slow, leave the car on the highway and go
Nobody needs to know another universe, Make a distance between us and them
Lonely, lonely, never us again”

When beautiful melodies tell us horrible things and grisly sounds tell us the kind truth. This is where life and music meet. They say music has the power to inspire change, I say music has the power to inspire vibes. Good vibes and bad vibes. It also has the power to inspire thoughts, but most importantly, for it to inspire change, it must inspire conversation. I smell music, I speak music. END_OF_DOCUMENT_TOKEN_TO_BE_REPLACED
This entry was posted on Monday, September 1st, 2014 at 12:00 am and tagged with Arno Carstens, procrastination, SA music, SA rock, X-Factor SA and posted in Growth loves music, Uncategorized. You can follow any responses to this entry through the RSS 2.0 feed.
« STD (Snappers Taste Dope)
Bikini Weather (23 Thousand Trips Around The Sun) »