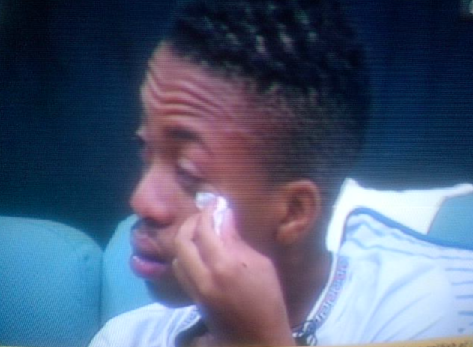 Me when I’m asking myself deep stuff, like, What would I be without music?… No, Some of you may know this brother as Ex. Funny pic.

Have I ever mentioned my narrow-minded know-it-all view of our local music scene? Well, how I see it, the scene is rather healthy though it doesn’t take a mega mind analyst of any sort to see that it isn’t as steady as the scene we may see overseas (more specifically the U.S). I’d say it’s reasonable to suspect that our music industry or the pond we have here is rapidly filling up with big fish mostly because so many of us want to be the big fish, we want to be the star, we want to be rappers and Deejays and not enough of us are willing to dedicate ourselves to expanding this pond into the sea it can be. For God’s sake, let us construct and study the ins to marketing our local talents and be the masterminds behind the growth.

Whenever I hear the name HHP, amongst other classic hits, Harambe comes to mind though it’s “Music And Lights” that made me see HHP as more than just a rapper or artist but an informer, a conversation starter, someone who could help take our local music scene to different heights. Yes, we all enjoyed seeing American singer Amerie in the Music And Lights video, but it’s what Jabba says towards the start of the song that really caught my attention…

(Music and Lights by HHP composes of a sample from an 80s hit of the same title by a three-piece post-disco band Imagination.)

“What would Jabba be without a sample?” A Question that makes you want to ask even more questions or share your two cents on a blog as I’m doing right now. I’ve mentioned on The Mass Mentality Of Conformity post how Hip Hop could survive without samples but mostly revolves around samples, one of SA’s most recognisable hip hop artists right now AKA can back this up, especially since his mega hits Jealousy and Congratulate both consist of samples. Where would his career be without those two numbers? He certainly wouldn’t have as many awards, would he? which leads me to a question I’ve been wanting to ask since the first paragraph. Where would Jay Z be without a sample?

Though one of my most favourite moments of Jay Z’s career was when he released a Smells Like Teen Spirit sampling number as his lead single for his record-breaking first week sales (For his Magna Carta Holy Grail album)… Who could forget that? But it was when he sampled a jingle from a broadway play; Annie that he first caught the ear of the mainstream audience leading him to being the hip hop giant you see today. (In his words he went…)From lukewarm to hot.

We see hot new artists come and go all the time, of course some do stay. It’s so easy fo us, the audience to disregard the work and years the “hot new” artist has endured to be what they are, in fact, they themselves may not particularly feel new.

What would Jabba be without a sample? wait, lemme take it further, what would Cassper Nyovest be without Jabba? Invisible Alive. Yes, he’d be the same person with just as much passion and drive, though I’m not sure if he’d have all those cool awards to his name as he does. There are so many other Cassper Nyovest out there hustling for recognition… unfortunately if more Hip Hop Pantsulas don’t rise up to offer opportunities, that is all they’ll ever be.