Kiedis Climbs Off The Ladder

“I went to a school that integrated deaf and mentally retarded kids, and I was sort of the self-appointed defender of these kids. I always got expelled for getting in fights with kids who’d torment the handicapped kids. And my mother was always OK with it. It was important to know somebody would stand behind me for doing what I believed in.”

If I do say so myself, my last post had a very interesting title, though a rip off, yes it does have an original meaning, in fact it has more than one meaning, the most important being, people climb the ladder to reach heights they wouldn’t normally reach, one may say a ladder is used to get one “high”, drugs get people high and “Sammi Needs A Ladder” was basically about drugs and the struggles of an addict so it was fitting… That doesn’t make sense, does it? lmao, forget it.

Though I mentioned how near impossible it is to quit our dark habits, it is possible.
There’s nothing as magnificent as our ability to rise up from our hardest falls, our ability to reblossom, to go on (There’s a peculiar thing that happens every time you get clean. You go through this sensation of rebirth – Kiedis), provided we allow time along with patience to guide us through.

“Give It Away” video shot

After losing a friend/band mate in the year 1988 to a drug overdose, Kiedis later found it in himself to escape the hell pit of drugs and alcohol. With his newly found sobriety he wanted to pass it on to anyone and everyone he possibly could. Inspired by the selflessness and altruistic behavior his former girlfriend Nina Hagen had shared with him, Kiedis wrote “Give It Away”, this song would soon be the lead single of their Blood, Sugar, Sex Magik album, initially turned down by various radio stations, “Give It Away” not only inspires selflessness but the courage to perceiver against all odds as it not only went on to win a Grammy but is one of the greatest rap rock songs of all time(despite it being turned down by  radio stations for not having a melody). Sampled by Busta Rhymes in 2001 it’s only a matter of time before someone covers or samples this golden hit once more.

“It was such an epiphany that someone would want to give me her favourite thing. That stuck with me forever. Every time I’d be thinking ‘I have to keep’, I’d remember ‘No, you gotta give away instead.’ When I started going regularly to (drug and alcohol) meetings, one of my principles I had learned was that the way to maintain your own sobriety is to give it to another suffering alcoholic. Every time you empty your vessel of that energy, fresh new energy comes flooding in.”- Kiedis

“Give It Away” video shot

I’m lucky enough to have been exposed to Red Hot Chili Peppers music for as long as I can remember, as a result of “Give It Away” being released weeks before my birth, I can’t remember the first time I heard it, Yes, A lot if not all of their music is tagged with an advisory sign because of the sexual content their music contains… Don’t know what the people around me think, but I’d say I turned out okay, and hell yes I’d expose my kids to The Red Hot Chili Peppers if I had any and here’s just one of the reasons why…

“I was toy shopping in New York right before Christmas, and this little girl was tugging on her mom’s coat, pointing at me and going, “That’s him, that’s him.” And her mom came running over and said, “Oh, I’ve just got to thank you, you’ve made my life so much easier.” She said the only way she could get her little girl dressed in the morning was to play our record and sing to her: “Gimme an arm, gimme an arm, gimme an arm now.” And she puts her arm in the shirt, and then it’s “Gimme your leg, gimme your leg, gimme your leg now.” That happens a lot, with kids literally from the age of 1. And to me, the appreciation of a child is the ultimate compliment.”- Kiedis

Twelve years after “Give It Away” was released, “Can’t Stop” was released, A rap rock number that talks about not being able to stop… ha-ha, In the song, Kiedis warns about drugs, that once you start you can’t stop. He advises the listener to “Choose NOT a life of imitation”, as imitation may be the cause of the rising numbers of drug users, it can also be seen as a line that plainly tells us not to choose the life of (being under the influence of drugs) Imitation. In the song he also sing the words “Don’t die you know the truth is some do”
A significant line as we all know the cruel truth and effects of drugs. 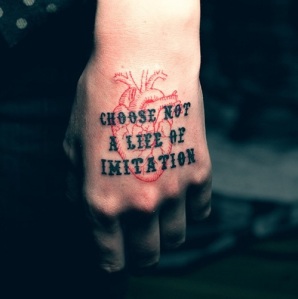 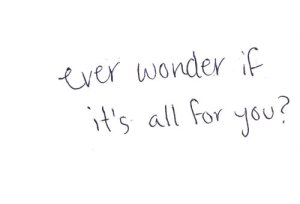 “I’ve wanted to feel pleasure to the point of insanity. They call it getting high, because it’s wanting to know that higher level, that Godlike level. You want to touch the heavens, you want to feel glory and euphoria, but the trick is it takes work. You can’t buy it, you can’t get it on a street corner, you can’t steal it or inject it or shove it up your ass, you have to earn it.”